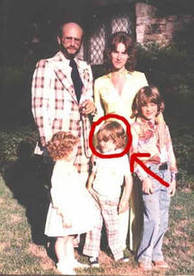 My name is Jesse. I live in the San Francsisco Bay Area. I learned to knit in the spring of 2001 from a book called I Can’t Believe I’m Knitting, which I bought at a Michael’s in South Portland, Maine.

My career as a knitting designer began when I was stuck in the middle of Wyoming without a knitting project. A friend of mine opened up the trunk of her car (which was, at the time, where she kept her yarn stash) and told me to take my pick. The resulting three skeins of yarn became Danica, my first published design.

Along with being a knitting designer, I’m also a writer, a web site developer, and a father of twins. You can visit my Ravelry page here.