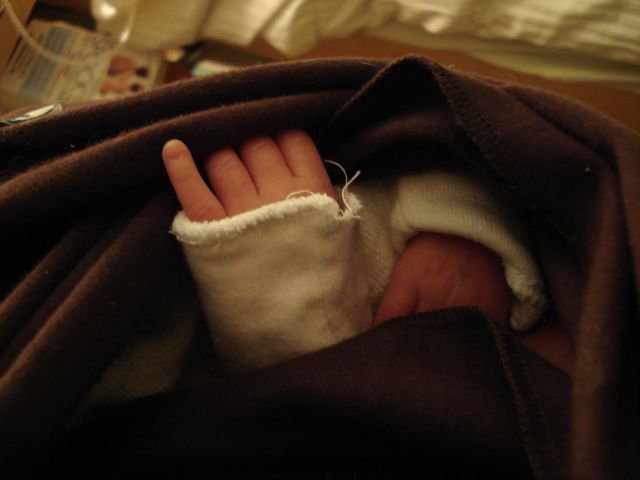 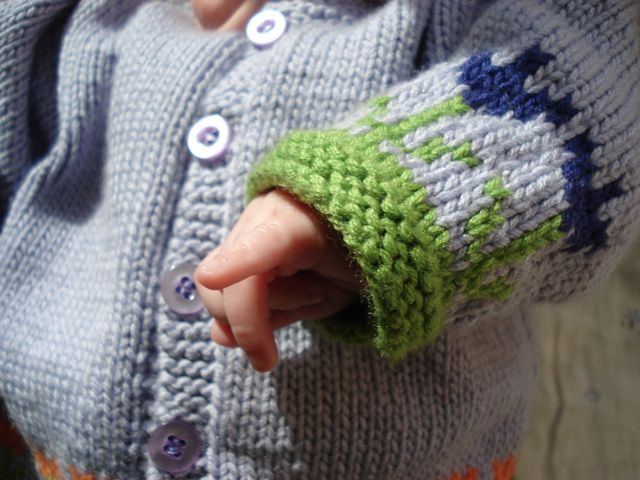 So I had this grand plan a little while ago to make a bit of a comeback here.  I was well on the way, with a bunch of proto-posts logged in my drafts folder.  All of that was based on Z’s due date, which was in the middle of December.  Well, surprise surprise, twins tend to come a little bit early.  Little Miss M and little Mister S were born in the middle of November.  So, as you can imagine, Z and I have been a little bit busy.

But not too busy to knit!  I mean, “knit”.  Our knitting habits have been modified right along with our sleeping habits.  Z’s approach has been to knit small projects with big yarn on wide needles.  She’s whipped out more cowls and hats in the last two months than in our entire marriage.  As for me, I ended my long-standing moratorium on the roll-neck raglan, which used to be my most-requested sweater.  This time I’m knitting it in the round, in one piece, from the bottom up.  These means that it doesn’t matter when I start or stop working on it.  When the planets align long enough to put both little S and little M to sleep at the same time, I can bang out a few rounds without having to tend to the neurosis that requires me to stop at the end of a row.  With only knit stitches to work, it means that I don’t have to pay very much attention, which is in short supply these days thanks to sleep deprivation.  It also means that, by then end of my paternity leave, I might actually have a nice new sweater.

That said, I did manage to finish Miss M’s first sweater during the first month of her life, which you see in the picture above.  Still a little big on her, but I’m sure it’ll fit in about, oh, five minutes.  By the way, if that sweater looks as cute to you as it does to me, you can buy the pattern at my Ravelry Store.